A 1000 Years of Annoying and (Loving) the French and now Brexit?! 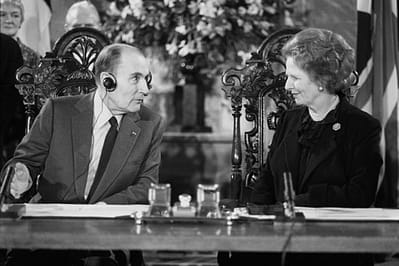 In a presentation of his bestseller, A Thousand Years of Annoying the French, Stephen Clarke writes that « our past [that of the French and the English] is studded with wonderful stories of betrayal, distrust, violence and all-too-rare attempts to be nice to each other« .

Well I have a feeling that if one turns away from the world of politics and statesmanship one may well realise that there are many more attempts at being « nice to each other » than cases of betrayal, distrust and violence between the French and the English.

To illustrate this I would like to take the example of my family history.

In 1892 my French grandfather Léon Belle emigrated to Britain. He was 17 and had just obtained his Baccalauréat at the Lycée de Tournon in the Rhône Valley. I never understood why a young man from a village near the small provincial town of Tournon would up sticks and move to London. I suspect it had something to do with a crush he had on his young English teaching assistant and with whom he would practise la langue de Shakespeare during recreation periods in his last year at the Lycée.

A generation later my parents first met on the ferry between Calais and Dover on their way home to spend Christmas with their respective families. My English-born mother was working for Le Monde Bilingue in Paris and my French-born father was studying business administration at HEC. A week later on their way back across the Channel they met again, by pure coincidence, and that was the beginning of their « idyll » which lasted 45 years. My parents who were a loving couple and the best of friends often saw things differently. In spite of my father’s irresistible Gallic charm he often exasperated my mother with his « Frenchness », and to this day she still insists that there are far too many rubbing points between the French and English for there to be an everlasting entente cordiale, bizarre, bizarre…

So, I was born in Essex, of a French father and an English mother, spoke French and English from the beginning, went to school at the French Lycée in London, spent half my family holidays in France and half in England, have lived since 1975 in France and have always been considered by my French friends to have un flegme typiquement anglais and by my English friends to be ever so French! I suppose it’s all a question of perception, however, I feel typically Franco-Britannique and fundamentally Anglo-French.

I voted for the UK joining Europe in the 1974 referendum and deplored not being able to vote against Brexit last year (being a resident in France I couldn’t vote).

So the UK is brexiting, what is that going to change for me? Not much because I have both nationalities, but I find this situation deeply saddening and frustrating, not to say downright infuriating. The UK is a part of Europe, it always has been, a slight continental drift which took place a few millennia ago has been made up for with the Channel and if the number of people who speak French in the streets of London is anything to go by, the Brits and the French are still and will continue to live in each other’s pockets! 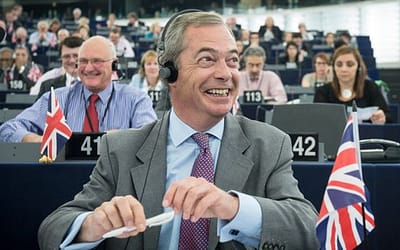